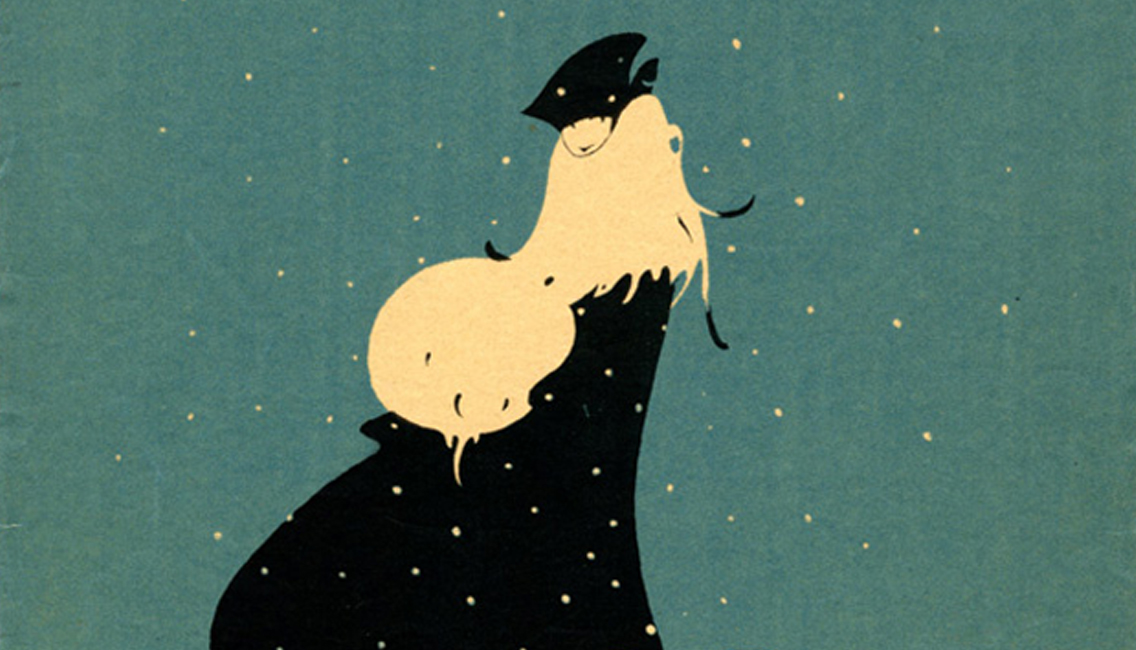 The illustrated cover of the sheet music above was created in 1916 by the Swedish illustrator Einar Nerman (1888–1983). His work will be the focus of this post but, to discuss it more comprehensively, it's best to begin our story one hundred years before that date and talk briefly about the invention of the upright piano. This revolutionary redesign changed the world of music forever and brought sheet music — such as Nerman's — to a much wider audience.

Today we broadly tend to think of pianos as all the same, yet the development of the upright piano was incredibly important. Prior to its invention, the piano was an enormous instrument. An eighteenth century grand piano could dominate the drawing-room of any respectably-sized country house — while an upright piano could fit modestly in the parlour of a middle-class home. This small yet important adjustment led to arguably one of the greatest revolutions ever in the world of popular entertainment.

For those who could afford to own one, the piano was now the staple form of household entertainment. It emerged during a time before television and radio, and so, during the evenings, families would gather around for songs, merriment and even the occasional impromptu house concert. As a result, there was a great demand for sheet music, and this led to a boom in the music industry.

Sheet music was a lucrative business and one that had relatively few overheads. The industry was quick to work with illustrators to help promote their music and it didn't take long for them to recognise that beautifully illustrated sheet music was capable of selling far more than those with plain typographic covers. The advancements in printing meant that music could often be published with beautiful colours and detailed illustrations, and illustrators worked hard to capture the mood of the music or to feature the stars of the day.

By the time Nerman was born in 1888, there were nearly one hundred music shops in London, and New York's Tin Pan Alley was building a reputation as the number one spot in the US for music publishers. By the turn of the century, a well-illustrated piece of sheet music could sell thousands of copies, and illustrators were getting their work into the homes and hearts of the world.

Despite the popularity of illustrated sheet music, it is now an often overlooked art form, and the illustrators from that time seem to be largely remembered only by those with a passion for­ collecting vintage music. It's a shame as this work is a treasure-trove for any illustration enthusiast, and it forms an invaluable record of some of the most enjoyable commercial art of the late nineteenth and early twentieth.

The work of Nerman is a particularly strong example of this. Born into a middle-class home in the predominantly working-class Swedish city of Norrköping — Nerman was the son of a bookstore owner. He grew up in a supportive family who took no issue with his decision to quit school at the age of fifteen to pursue an interest in art. Academic life suited the budding young illustrator and, three years after studying at Stockholm's Konstnärsförbundets School, he travelled again — this time to study under Matisse at Paris' Academie Matisse. In 1912 he returned home to Sweden, eager to continue his studies, this time focusing on music and dance.

It was around this time that Nerman began illustrating covers for sheet music. He had a natural talent for bringing visuals to music, and he continued to produce this type of work well into the 1930s. Today you can see a large collection of his work preserved on websites like Images Musicales and 50 Watts. As an artist, Nerman was influenced by a number of different people, including the English painter William Nicholson (1872–1949) and the Swedish painter Ivar Arosenius (1878–1909). He also loved Japanese woodblock prints and the drawings of Aubrey Beardsley (1872–1898) — these two later examples are clearly evident in his sheet music work.

Nerman brought sophistication, style and a lightness-of-touch to the music he illustrated. His work demonstrates a strong ability for creating striking images with a limited colour palette and a strong economy of line. His flat illustrations are bold and playful, and his compositions are crisp and clear with a wonderful level of inventiveness and variety.

During his time producing sheet music covers, Nerman worked with a number of music publishers including Ernst Rolfs Musikförlag, Skandinaviska Grammophon AB, Elkan & Schildknecht and Nordiska Musikförlaget. Despite World War I raging over Europe, Sweden remained neutral, and Nerman's work seems to have been relatively unaffected by the war. After it ended in 1918, he travelled to London to dance in the ballet and — despite finding out that it wasn't for him — he made a good number of friends and contacts within society circles including people like Alla Nazimova, Ivor Novello and Greta Garbo. Nerman spent ten years in England and then another ten years in America. During this time, he charted the famous faces of both the Jazz Age and early Hollywood through his caricatures and cartoons.

Eventually, radio and recorded music overshadowed the world of sheet music, but Nerman's inventiveness and versatility always seemed to be his strength. The broad variety of his work is inspiring to behold, covering everything from greeting cards and playing cards to fine art and children's books (most notably the books of Nobel Prize-winning author Selma Lagerlöf).

Today, Nerman is perhaps best known in his native Sweden for the artwork he created for Solstickan Matches. Depicting the illustrator's young son, the matchbox is now an iconic symbol of Swedish culture.

Launched in 1936, Solstickan Safety Matches began production with the sole purpose of using a small product as a means to raise money for children in need. It was a simple idea but one that truly caught on. Since their launch, more than one hundred million matchboxes have been distributed with Nerman's illustration becoming arguably the most reproduced work of art in the world. Not a bad legacy to leave behind!

The Illustrated Sheet Music website
Images Musicales is an incredible resource for those interested in sheet music. This private collection contains more than 10,000 illustrated covers and is a must for fans of Art Nouveau and Art Deco illustrations.

Beck’s Songbook
In 2012 the American musician Beck (b. 1970) published a book of sheet music called Song Reader. It celebrated the art of sheet music and also brought together a number of illustrators who contributed images inspired by each song within the book.