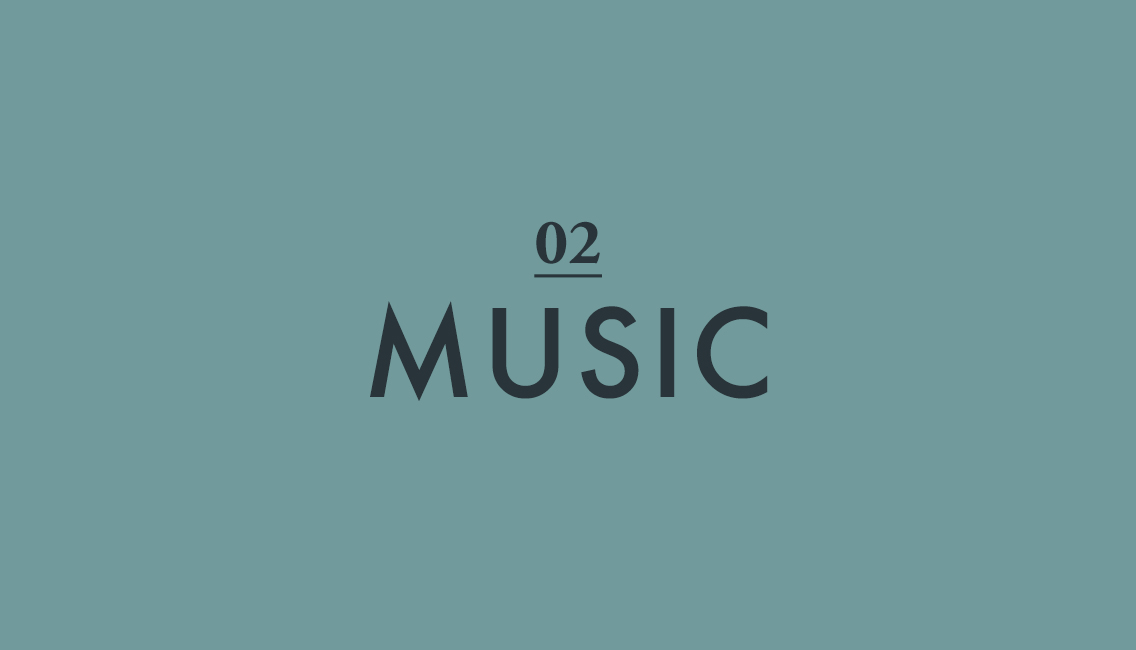 Illustration Chronicles explores a history of illustration through the images, illustrators and events of the past 175 years. By selecting one work from each year, the site explores the contexts in which illustration has existed and picks a topic every few months to highlight the diversity of the discipline.

Last time we looked at satire and presented some fascinating examples of where comedy, ridicule and caricature have helped shape the world. This month we're turning our attention to a place where sound meets vision and examining how illustrators have used their skills to enhance, enrich and amplify the world of music.

Malcolm McLaren, the manager of punk group the Sex Pistols, once quipped that “...if people bought the records for the music, this thing would have died a death long ago”. His point was that popular music was far more than just music. People didn't go out and buy a Sex Pistols record just for the sound — they also bought it for the image. A Sex Pistols record represented far more than simply music. It was two fingers to the establishment. By buying into the record you were buying into half-torn Vivienne Westwood t-shirts and defaced pictures of the Queen. For fans, the music and the image were arguably one and the same.

Today this relationship is almost inescapable. If I listed musical genres like metal, folk or disco, I'm fairly confident that these terms would conjure up visual references for you. When considered separately, music and images tend to have very few combined reference points and yet they have both become intertwined within our culture to a point where it's hard to think of music without images.

Unlike our previous topic, satire, the origins of this relationship are a little harder to pinpoint. That said, if we look at the history of image-making we can see numerous examples of where both of these art forms have come together.

Many would say that even our earliest pictures depict music. The cave paintings at Lascaux (c 15,000 BC) could well depict trance-dancing, while the cave paintings at Trois-Frères arguably show a figure playing a musical bow (c 13,000 BC). The decorated Sumerian instruments that were uncovered at the Royal Cemetery at Ur (c. 3800 BC) [above] certainly tell us a lot about our early relationship with music, and many Egyptian frescos can provide an interesting insight into our musical heritage [below].

The decorated Lyres of Ur are particularly interesting as they are a very early example of a case where pictures, stories and motifs have clearly been used to enhance music and enrich it. In Sumerian life, music played a hugely important role, and we can find some of the earliest forms of musical notation within their culture.

Yet, despite this, it wasn't until the Middle Ages (476–1400) that we can really begin to see comprehensive musical notation. For the Catholic church, writing down religious chants was a means of spreading music through their empire and reach as many people as possible. Often these manuscripts would be illustrated and illuminated — highlighting their importance and divinity. Each manuscript would be produced by hand and, for this reason, notated music was expensive and laborious to produce.

Non-religious music — or secular music — also developed during this time with love songs, political satires, dances and dramatic works all being performed by travelling performers. One might assume that these performances inspired a wave of illustrated advertisements but in actuality, these were rather rare. More often than not, musical or theatrical performances would be announced by town-criers or through town processions. Occasionally, hand-written notes would be stuck to posts in towns (hence the word 'poster'), but because few people could read, word-of-mouth was a far more effective way to promote a performance.

With the invention of print in the fifteenth century, things changed. For the church, sheet music became far easier to produce, and this allowed them to make and distribute far more music. The growing popularity of moveable type led to hymn books (or hymnals) becoming a standard feature in all major Christian denominations; people could now quite literally all 'sing from the same hymn sheet'. This progression inspired composers to create and develop many new and exciting compositions.

In secular music, we can see medieval and Renaissance courtly entertainment developing in new and exciting ways. During the Baroque Era (c. 1600-1750), opera emerged as a new art form that combined music, singing, drama, poetry, stage design and costume. The significance of opera should not be overlooked. It exists as a wonderful early example of an instance where a style of music was heavily tied to its visual form. The popularity and influence of opera soon lifted music out of the confines of the court and, during the Classical Period (1730-1820), it became common for the public to attend musical performances.

Again, one might presume that these performances were promoted with lavishly illustrated posters, but this was not the case. If indeed a poster was produced — it was typically a small letterpress design that featured plenty of type and rarely had any decoration.

In fact, the origins of the illustrated poster lie not in music, theatre or opera but in circuses and menageries. During the nineteenth century, these types of shows led the way for pictorial advertising. Pictures of exotic animals or courageous circus acts were perfect for capturing the attention of potential audiences, and illustrators produced posters that could excite and intrigue the public.

With the invention of lithography in 1851, poster art finally came into its own. Theatres, music auditoriums and concert halls advertised productions in bright colours with artists and illustrators eager to develop exciting and innovative work that could catch the attention of the public. By the 1890s, poster design was regarded by many as a proper art form, and illustrators were bringing large, colourful and exciting art directly to the streets.

The most influential of these was a man who immersed himself in the decadence, debauchery and music of the nineteenth century. His work was capable of doing that amazing thing that great musical illustration does — it captured the energy and essence of the music and translated it directly onto the page. His name was Toulouse-Lautrec and his work will be our first stop on Illustration Chronicles as we celebrate those who have done great things with illustration and music. ⟶