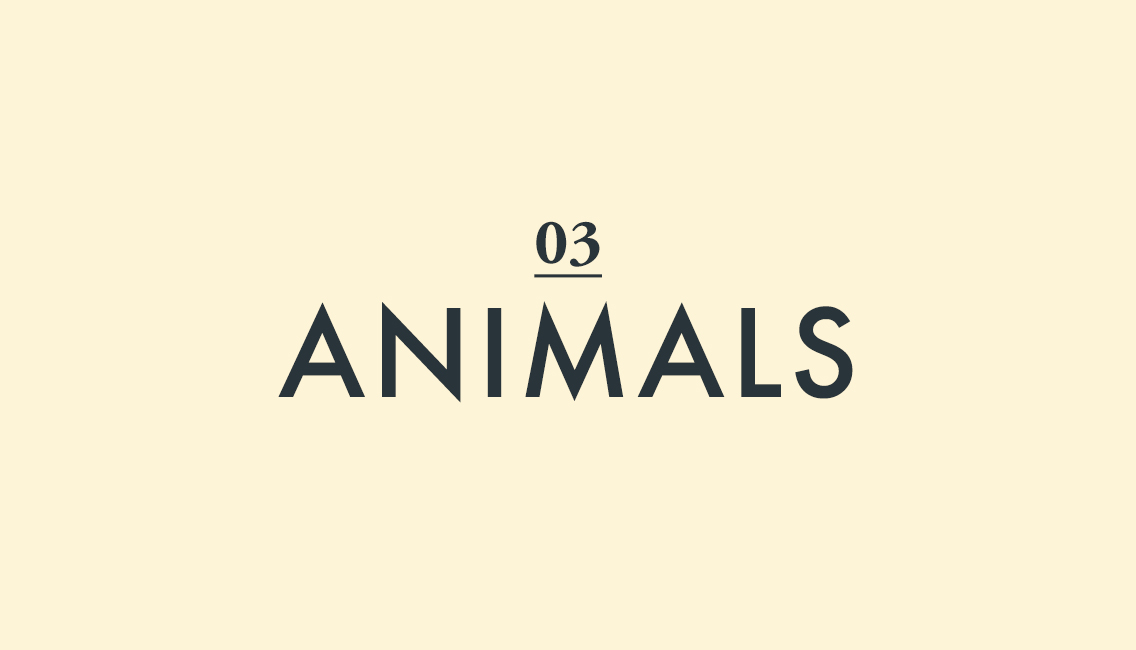 Illustration Chronicles explores a history of illustration through the images, illustrators and events of the past 175 years. By selecting one work from each year, the site explores the contexts in which illustration has existed and picks a unique topic every few months to highlight the diversity of the discipline.

For our third selection, we're turning our attention to the natural world. Here, we will look at some examples of where illustrators have used animals as sources for inspiration, investigation, and storytelling. In this introduction, we will look at how animals have appeared throughout history and get a general overview of how customs, cultures and beliefs have shaped the work of image-makers.

Animals run through so much of our visual culture that it is almost impossible to know where to begin. From our earliest cave paintings right through to our childhood bookshelves, they have been an endless source of inspiration to us. Yet while our fascination for them has always been constant, our relationship with them has changed significantly over time.

By looking at this change, we can begin to see how creativity has been inspired by the animal world and perhaps even begin to understand why illustrated animals continue to be an important part of our cultural construct.

In our prehistoric days, animals were something we lived alongside. We hunted them; we ate them; we wore them as clothes. They were central to nearly everything we did, and our cave paintings reflect that. Our prehistoric ancestors were fascinated by animals and eager to create representational depictions of them.

As we began to become more civilised, our interest in them also changed. Fuelled by our developing imaginations and our growing sense-of-self we began to feel more distinct from the animal world. Feeling more removed meant that animals became more enigmatic. We had a new type of reverence for the mysterious nature of the creatures we shared the planet with, and cultures began to worship them as symbols – some even believed that they could be the embodiment of divinity.

In Ancient Egypt, many deities were depicted as animals through stunning works of art. For example, the god Horus was the god of both the sky and hunting and so, as a means to symbolise his majesty and his power, he was depicted with the head of a falcon. It was through this ability to recognise – and even project – human characteristics onto animals that we began to use them as a means to understand ourselves.

Using animals for self-reflection is common in many early cultures and the idea that our first metaphors were animal metaphors is not an unrealistic one. Exaggerating the actions of an animal to represent our own behaviour is now so common that we can barely distinguish between the traits that are inherent in animals and the ones that are assigned. Are doves typically more peaceful than other birds? Are foxes naturally sly? Are monkeys inherently cheeky?

Many of today's misconceptions about animals stem from the myths, legends, fables and folklore of our past. Tales like those collected in Aesop’s Fables (c. 600BCE) have become so ingrained in the way that we think about them that we often misinterpret human traits as part of an animal's true nature. In reality, animals are far more complex than the over-simplifications we give them. Creatures like snakes, spiders and bats are often portrayed as monstrous simply because of their appearance – while "cute" creatures like frogs, cats and rabbits are often seen as non-threatening. This anthropomorphising can frequently be unrelated to an animal's true behaviour – and yet it shapes the way we think about them all the time.

Religion has also played a sizeable role in our relationship to animals. In Buddhism and Jainism, refraining from the destruction of life is one of the most important sanctions of the faith. Many Hindus also follow a similar belief and, for this reason, much of their artwork depicts the animal world. Alternatively, very few depictions of animals exist within Islamic art. Muslims believe that the creation of living forms is something unique to God and, for this reason, Islamic artists tend to express their faith through geometric patterns and calligraphy rather than figurative art.

Christianity, on the other hand, promotes the idea that God gave humanity the power to rule over animals. This belief guided much of the art and illustration in the West. While some religions chose to combine the features of animals and humans to symbolise a bond with the natural world, Christianity believed that God created humans to be superior to animals, and so these types of depictions rarely exist.

When animal depictions do occur, they are typically adopted from pre-existing traditions. For example, in the Book of Kells (c. 800CE), we can see many animal-inspired illustrations and illuminations. Yet these come more from an early Celtic tradition than a Christian one. By appropriating pre-existing symbols, the teachings of Christianity were easily understood by large groups of people.

An interesting part of Christianity is the idea of "the beast". We can see examples of this that date back as far as the Middle Ages. The beast represents our innermost urges and the immoral feelings that we suppress. To embrace an animal urge is considered to be less than human, and often animals were thought of as being the adversaries of reason.

If an animal was to be celebrated within Medieval culture, then it was normally a mythological one. Creatures like unicorns, gryphons, basilisks and dragons form many of the legends of the time – with tales typically featuring a brave knight who does battle against a symbol of power to win victory for mankind.

By the Renaissance, animals were all but gone from religious art. Few artists saw them as subjects worthy enough for 'great art'. Perhaps the only real exception to this was Albrecht Dürer (1471–1528). His work demonstrated an immense love for the beauty of the natural world, and his watercolours and prints set a precedent that wouldn't be seen again until the eighteenth century.

With the emergence of the Age of Enlightenment, we see a move away from religion, and a new focus is placed on learning and discovery emerges. During this time, there was an immense change in the way that animals were viewed, and artists and illustrators set about categorising and documenting all the creatures of the world. Technical illustrations and detailed works of art celebrated the beauty of animals, and these works aimed to bring about a greater understanding of the world that we inhabited.

Yet this period was also a time of immense change. When the Industrial Revolution emerged in the eighteenth century, the Western world began to transform at a scale never seen before. By the time we entered the 1800s, we were so affected by the changes brought by industrialisation that we had our understanding of the natural world completely redefined. This shift irreversibly changed our relationship with animals.

The urbanisation that came from industrialisation removed real animals from nearly all aspects of our daily lives. Our sense of a shared world was replaced by one where animals were marginalised and everything we saw was designed for humans. Alongside this shift, animals began to appear in places where they had never been before. Domesticated animals were bred solely for companionship and pleasure. Zoos – which had started as a symbol of royal power a century before – had become places for public entertainment. Children began to be surrounded by reproduced images of animals – rocking horses, pictures and stuffed toys all seeped into their understanding of the animal world.

The impact of our industrialisation strongly affected our understanding of the animal world. To this day, most of us will never fully comprehend the scale of this transformation. The desire to marginalise brought us to a place where the only creatures we share our reality with are now typically domesticated, farmed or caged. While we might feel that we have a strong affinity with the animal world, our link to it has been warped, faded and distorted over time. Yet, despite all of this, animals remain. They persevere. They adapt. And perhaps, most encouragingly, they continue to inspire us.

Over the course of the next few essays, this site will present examples of times where illustrators have been inspired by the animal world. Along the way, we'll encounter fiendish tales for children, we'll meet an eminent illustrated dog and discover the extraordinary story of a man who dedicated his life to birds. At the heart of each of these essays lies a keen affinity for animals. Hopefully, it is an affinity that you will share too.