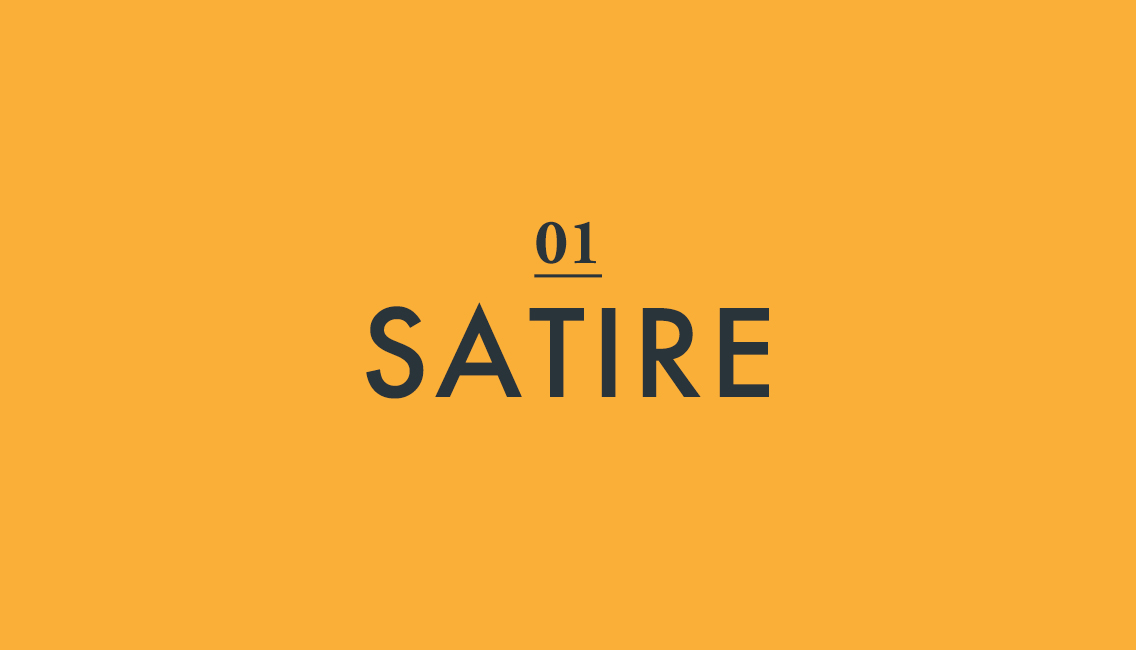 Illustration Chronicles explores a history of illustration through the images, illustrators and events of the past 175 years. By selecting one work from each year, the site explores the contexts in which illustration has existed and picks a topic every few months to highlight the diversity of the discipline. Our first topic is satire. Here we'll present some fascinating examples of where comedy, ridicule and caricature have helped to shape the world.

The project aims to celebrate the illustrations that define our past and so satire feels like an ideal place to begin our journey. Throughout history, the satirist has always reflected on the society that surrounds them. To be a satirist is to have a moral calling — a desire to highlight the hypocrisies of a time. If you ever wanted to gain a greater understanding of a particular society, then a quick look at their satirical output would be a great place to start.

Humorous images can be found all throughout history, but the origins of satire really start to properly take root after the invention of print in the fifteenth century. Unlike paintings, for example, printed images were relatively inexpensive to produce. They could be shared easily, sold and even hidden when required. In addition, print presents a distinctive duality as a form of communication — the quickness of its production allows it to speak to large numbers of people, yet, the way it speaks to them is in a very private and personal fashion.

In Northern Europe during this period, artists such as Hans Holbein (1497-1543) and Pieter Bruegel (1525–1569) were popular satirists who used macabre humour to take aim at the religious and political disorder of the Reformation. Meanwhile, in the south, Italian artists like Annibale Carracci (1560–1609) and Gian Lorenzo Bernini (1598–1680) were revelling in the comic and grotesque characteristics of the human face.

By the eighteenth century, the satirical image was becoming a fully developed form. In literature, writers like Jonathan Swift (1667–1745) and Alexander Pope (1688–1744) heralded a new wave of satirical writing, while the Georgian era marked a golden age for caricature in England. This period also saw a wave of immense social change. The Industrial Revolution was transforming society, and through this transformation, a sizeable class dived was emerging. Periods of change bring with them uncertainty, and so politics also became more turbulent and volatile. In England, the country's constitutional monarchy afforded individuals greater freedom of expression compared with that of many of their European neighbours and with this free speech, satire flourished.

The most important work to appear during this period is undoubtedly that of William Hogarth (1697–1764). One of the most innovative artists and illustrators of his generation, Hogarth brought art to the common man. His contribution to the history of illustration is of huge importance. Not just in terms of what he did for satirical caricature but also in his pioneering work in editorial cartoons, western sequential art and pictorial satire.

As a painter, Hogarth described his work as 'novels in paint'. They are large and complex images loaded with narratives and stories. His famed Modern Moral series plays out like a painterly comic strip, telling stories of modern urban life in both a topical and journalistic fashion. Yet this series did not just exist as a collection of painted works; it also worked as a wonderfully clever artistic enterprise. He advertised, engraved and sold printed versions of each painting. Their mixture of high art alongside depictions of working-class life made him hugely popular, and soon a wave of pirated versions began to flood the market. The popularity of Hogarth turned caricaturists into celebrities, and even today, the word 'Hogarthian' is commonly used to describe satirical illustrations made in his style.

Throughout the rest of the eighteenth century, Hogarth remained arguably unequalled. His two most important successors were Thomas Rowlandson (1756–1827) and James Gillray (1756–1815). Europe had already become familiar with British illustrators thanks to the print trade and, during the late eighteenth century, collectors on the continent were keen to purchase the latest works from the trendy publishing houses of London. Both Rowlandson and Gillray had tremendous success satirising the political and military tensions between Britain and France at this time. Indeed, the Napoleonic War (1803–15) was a prosperous time for illustration on the whole. Propaganda was being produced on both sides of the channel, with printmakers eager to either glorify or ridicule Bonaparte. The combination of political events alongside the legacy of Hogarth produced a great range of work and the period could easily be considered a high-watermark in the story of political satire. Indeed, satirical illustration was so strong that even Napoleon admitted that Gillray “did more than all the armies in Europe to bring [him] down.”

Yet, at the dawn of the nineteenth century, things were changing. Industrial expansion was happening at a scale never seen before and new technologies brought new innovations. 1796 saw the birth of lithographic printing, allowing for faster and more affordable mass production. Meanwhile, advances in traditional printing meant that presses were now able to produce well over one thousand impressions in under an hour. Illustrators were gaining more and more avenues for exposure.

In France, illustration gained a little more liberty after the fall of Napoleon, but in truth, it wasn't until the French Revolution of 1830 that 'freedom of the press' really came into force. In a somewhat serendipitous manner, the 1830s also marked a steep rise in the popularity of magazines. One of the first things that France did upon overthrowing its conservative government was to publish a weekly satirical publication called La Caricature (1830–1843). It was one of the world's first satire magazines and it heralded a golden age for satire in France. The popular Le Charivari (1832–1937) followed soon after and work from illustrators such as J. J. Grandville (1803–1847) Paul Gavarni (1804–1866) and Honoré Daumier (1808–1879) soon emerged.

Despite all this progress in France, satire in England was evolving at a different pace. The country's rapidly growing middle class had a significant effect on cultural norms and a newly-emerged Victorian society was operating behind a façade of conservatism. In 1841 London released its own satirical magazine. Inspired strongly by Le Charivari, it was initially unsuccessful. Its illustrations were well drawn but they lacked the humour of Daumier or the sombre elegance of Goya (1746–1828). Over time it became dry, stiff and mild-mannered. Yet despite all these shortcomings, it left an indelible mark — not only on the world of satire — but on the history of illustration itself. That magazine was called Punch and it will be our first proper stop on this journey. ⟶