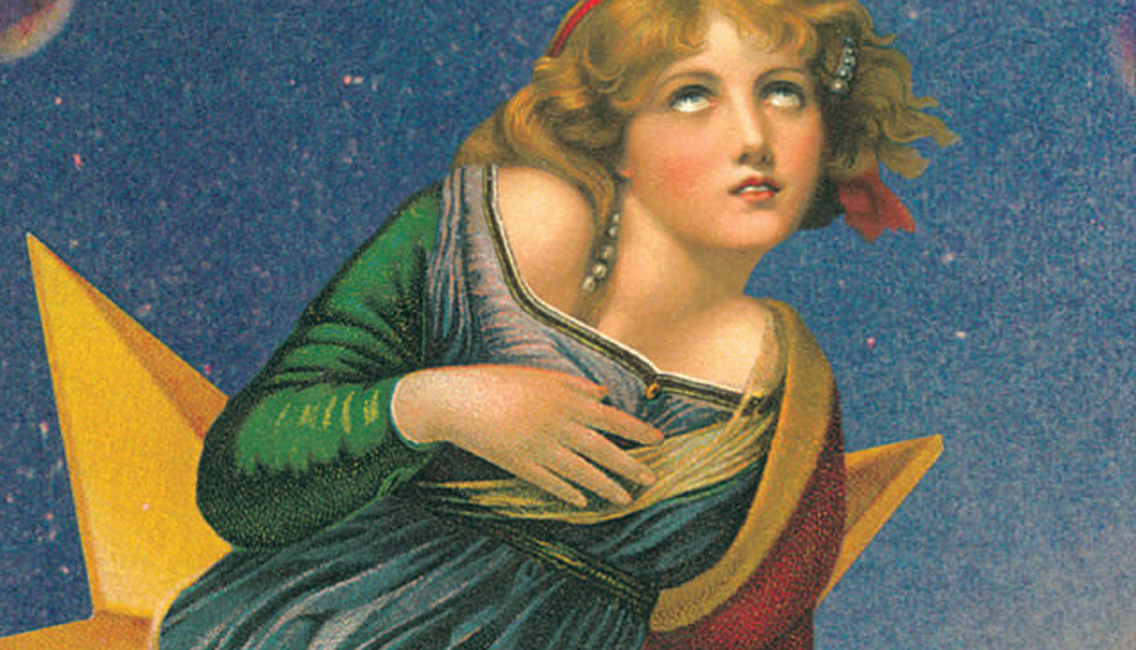 Smashing Pumpkins and the Infinite Talents of John Craig

In 1995 the alternative rock band The Smashing Pumpkins released Mellon Collie and the Infinite Sadness. It was an epic twenty-eight track LP that loosely explored themes of night and day over the span of two records. On its release, it was praised by critics and fans alike; its broader statements about life and death resonating strongly with the national consciousness of the time. To this day, it's hard to imagine that another alternative rock album will ever match the sheer scope, ambition and popularity of this release.

Described by the band’s frontman, Billy Corgan, as “The Wall for Generation X”, the album played as a sincere love letter to disenfranchised youth. While Pink Floyd’s album (previously written about here) explored the anxieties faced by its baby-boomer frontman, Corgan aimed his message directly at his fans.

At the core of it all sat the album’s cover art. Created by the illustrator and collage artist John Craig (b. 1944), it captured the mood and themes of the album with elegance and vitality. Its figurehead – a melancholic beauty who was hurtling through the empty infinity of space – captured the essence of aimlessness and alienated youth – while its Pre-Raphaelite imagery provided a grandeur that fitted the ambition of the album.

Despite its now iconic status, Craig had not been originally the band’s first choice. Initially, they had planned to work with somebody else on an elaborate Victorian themed photograph but, when their photographer quoted an exorbitant price, they scrapped that idea and settled instead on having Craig create illustrations for the record. The album’s art director Frank Olinsky had originally recommended Craig for the illustrations within the album’s sleeve, and the band were impressed with his work. When Craig suggested that he might be able to contribute something for the cover, the band were happy to let him give it a try.

Collaborating with Corgan, the pair communicated back and forth through fax machines. Corgan had been drawn to the idea of celestial imagery and he was also keen on incorporating a figurehead similar to the type found on the prow of a ship. Craig’s work in collage meant that he had a large collection of images to draw from, and – through a process of elimination – he finally hit upon the images he would use to form the basis for the iconic cover.

In an interview with NPR in 2012, Craig was hesitant to deconstruct the image. By revealing the elements involved in its creation, he felt that viewers might run the risk of having the magic of the illustration ruined for them. “I don't think it would be very satisfying to anybody to see it all broken down,” he told the interviewer Daoud Tyler-Ameen “ … the magic of it would be lost if it became a collage by number”.

Despite this, Craig did admit that the image is constructed from an old children's encyclopedia and that the figurehead was pieced together from two separate works of art: the head is from Jean-Baptiste Greuze’sThe Souvenir (c. 1787–1789); while the torso comes from Raphael's painting Saint Catherine Of Alexandria (c. 1507).

While I can see Craig’s hesitation in revealing the details behind the work, I still can’t help but be impressed by the outcome he achieved. The two paintings – separated by almost three hundred years – seem almost as though they were made for one another. The combination of Craig’s keen eye and his ability to bring these two separate elements together feels transformative. Seeing them separately does little to diminish the final artwork. If anything, the finished cover feels greater than the sum of its parts.

As an overall package, the illustrations and design of Mellon Collie and the Infinite Sadness fit together perfectly. Much like the album, the artwork is elaborate, complex and compelling. Craig’s illustrations are engaging and are engrossing. They stay with you long after you’ve seen them. His ability to mix light and dark fit well with the themes of the album and his images are the perfect mix of contradictions. They are innocent yet malicious – playful yet poignant.

Yet more than all of these things, his illustrations are mysterious. They hint at stories and narratives and invite you to find your own interpretations. Who knows where the girl on the cover is heading? Who can say why she is sad? Who can tell where this melancholy will take her? It is for these reasons that Craig’s illustrations work. And it is for these reasons that the girl has become an indelible icon in the history of music and illustration.

Winston Smith's artwork for Dead Kennedys
Winston Smith (b. 1952) is an American artist and illustrator who works primarily in collage. A self-described 'punk rock surrealist'; he is best known for the artwork he has produced for the American punk-rock group Dead Kennedys.

Lemi Ghariokwu's illustrated covers for Fela Kuti
In 1974 the Nigerian illustrator Lemi (b. 1955) was introduced to Afrobeat pioneer Fela. The two struck up a working relationship that spanned twenty-three years and twenty-six album covers. Lemi's artwork is so rich in detail that it often initially looks like collage – yet his work is in fact meticulously rendered images that mix iconic imagery, elements of narrative and metatextuality.

Agnes Montgomery's artwork for Person Pitch
Panda Bear's 2007 album Person Pitch is a complex LP filled with experimental sounds, samples and melodic invention. With so many elements in the mix, the album often has an overwhelming quality to it. Its collaged cover – by illustrator and artist Agnes Montgomery (b. 1977) – fits that tone perfectly.